Why digital twins emerge as the ‘ultimate’ tool for resilient cities 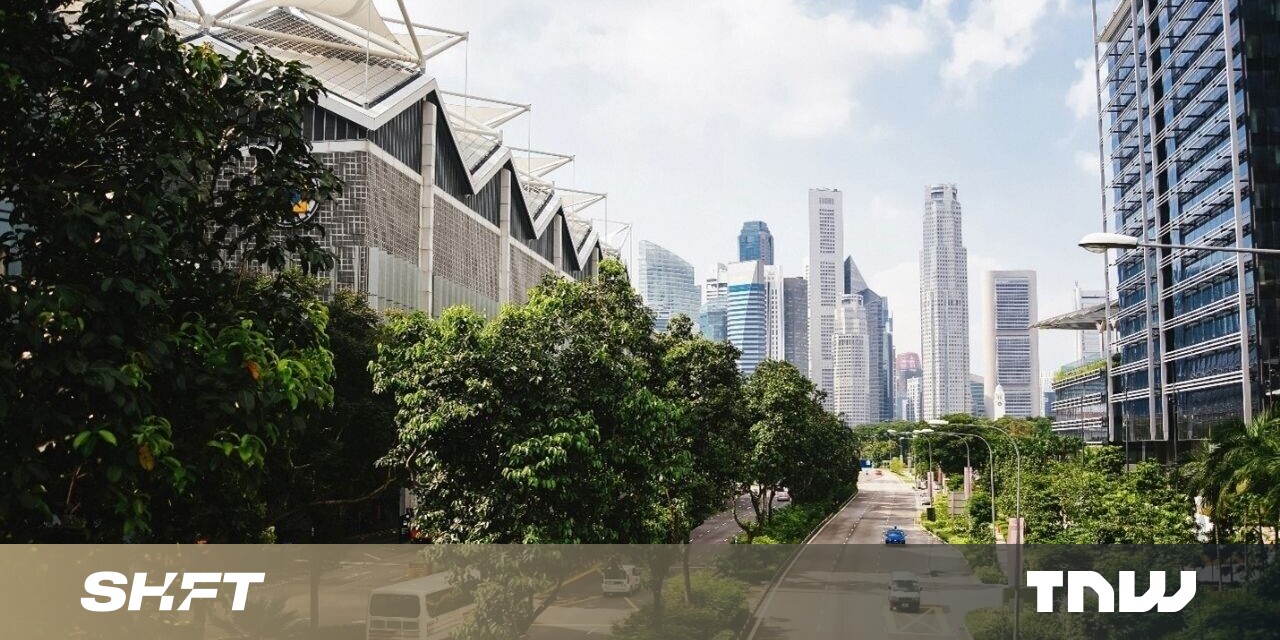 This article was originally published bySarah Wray in partnership with Cityzenith on Cities Today, the leading news platform on urban mobility and innovation, reaching an international audience of city leaders. For the latest updates, follow Cities Today on Twitter, Facebook, LinkedIn, Instagram, and YouTube, or sign up for Cities Today News.

In the last year alone, cities worldwide have faced historic flooding, fires and extreme heat – all on top of a global pandemic.

This, and a growing urgency to address the climate crisis, has forced urban leaders to face up to the need to act and invest in tools that bolster resilience. One such tool coming to the fore is the digital twin — a data-driven virtual replica of buildings, infrastructure and other physical assets.

For a while, digital twins seemed like the latest buzzword: intriguing but somewhat intangible.

Now, they are becoming the “ultimate tool” for city governments to design, plan and manage their connected infrastructure and assets efficiently and cost-effectively, according to Dominique Bonte, Vice President, End Markets at ABI Research.

The tech advisory firm recently forecast that digital twins will save cities US$280 billion by 2030 and improve sustainability, circularity, decarbonisation and quality of life.

On a recent webinar with Cities Today, Bonte and Michael Jansen, Founder and CEO of digital twin provider Cityzenith, explored what the savings and opportunities will mean in real terms.

Cityzenith is aiming to unlock these benefits at scale through its global Clean Cities – Clean Future initiative. The company is donating its SmartWorldOS digital twin platform to cities at no cost to help them meet their carbon reduction commitments. At least ten are on track to sign up by the end of this year, starting with a project in New York. Cityzenith plans to bring 100 cities on board by 2024 and 300 by 2026. The initial focus is on buildings as one of the biggest sources of emissions.

He explained: “Today, things get built and then tested and various errors and faults come to the surface that have to be fixed.” This is expensive but a digital twin can help catch most mistakes through simulation before any bricks are laid, Bonte said.

This is also an important principle for building retrofits and long-term energy efficiency.

For example, Bonte said developers can use a digital twin to maximise the solar capacity of rooftops – not just for one building, but all facilities together through “collective optimisation”.

Such holistic planning and management are the focus of the recently announced Cityzenith project in collaboration with non-profit partnership the NYC 2030 District. The digital twin being produced for a group of buildings, systems and infrastructure within Brooklyn’s Navy Yard will provide the capability to monitor building performance comprehensively and plan energy sustainability and climate resilience projects.

The project will start with Bldg.77, a one million ft² warehouse recently renovated for commercial and manufacturing use.

Jansen commented: “Digital twins are powerful at handling complexity. Getting to net zero isn’t just a question of putting a smart building system in – that will get you part of the way. You also have to have renewable strategies, behavioural change strategies and other financial and incentive-based strategies. Digital twins are particularly good at being able to help owners optimise those financials strategies as well as the engineering strategies to reach net-zero goals.”

Pricing models are being explored through Cityzenith’s Clean Cities – Clean Future pilots. Those who will gain the most direct value through the digital twin, such as commercial companies, will pay small fees from the savings they make to enable the tool to be offered to cities at no cost.

Bonte explained: “Think about [designing] roads in a way that minimises the number of incidents and emergencies, and that minimises flooding. By adding more green spaces, you create the possibility of more absorption capacity of excess floodwater and at least reducing the impact of flooding if and when it happens. All of that, of course, represents cost savings in terms of response management when these catastrophes happen.”

Developers of Amaravati, the US$6.5 billion greenfield smart city in India, used Cityzenith’s digital twin technology to enable over a dozen stakeholders to collaboratively plan a district and simulate how architecture, landscaping and hardscaping could lower the average street temperature by eight degrees Celsius at the peak of summer.

A further advantage, which is sometimes overlooked, is using digital twins to optimise the design and operation of utilities, such as streetlights, cameras and telecom networks.

Bonte said: “With a digital twin, you can position the streetlights or the Wi-Fi hotspots in a way that maximises the coverage because you know all the obstructions [near] buildings because you have that exact 3D information. You can automate and optimise the position, and you can probably achieve the same coverage with fewer streetlights or with fewer surveillance cameras, which of course represents a cost-saving as well.”

Similarly, digital twins can be used for building interiors to improve the airflow, ventilation and layout of rooms, doors and windows. This has become a priority due to COVID-19.

“In itself, maybe indirectly, this is a huge cost saving on healthcare and on distancing enforcement,” said Bonte.

The Orlando Sports and Entertainment District is using Cityzenith’s digital twin to integrate Internet of Things (IoT) and building systems and create a ‘virtual 3D tour’ for its US$500 million downtown mixed-use development. This includes visualising air quality and airflow.

As the first Clean Cities – Clean Future Cityzenith project in New York gets underway, the company expects more demonstrator cities to be announced soon, including Phoenix and Las Vegas.

Jansen said: “Other companies are really selling repurposed BIM, CAD or GIS tools. We have been actually building a true digital twin product, leveraging game engine technology for scale, data science, and IoT sensor integrations to be able to take that scale and integrate massive amounts of data to give us some unbelievable outcomes. You can’t do that with existing tools in the marketplace. I think that’s where we have an edge.”

Do EVs excite your electrons? Do ebikes get your wheels spinning? Do self-driving cars get you all charged up?

OpenAI’s New AI Offers Detailed Instructions on How to Shoplift

MSN Is Publishing Garbage Fake News About Mermaids and Bigfoot

x
We use cookies to ensure that we give you the best experience on our website. If you continue we will assume that you are happy with it.AcceptPrivacy Policy